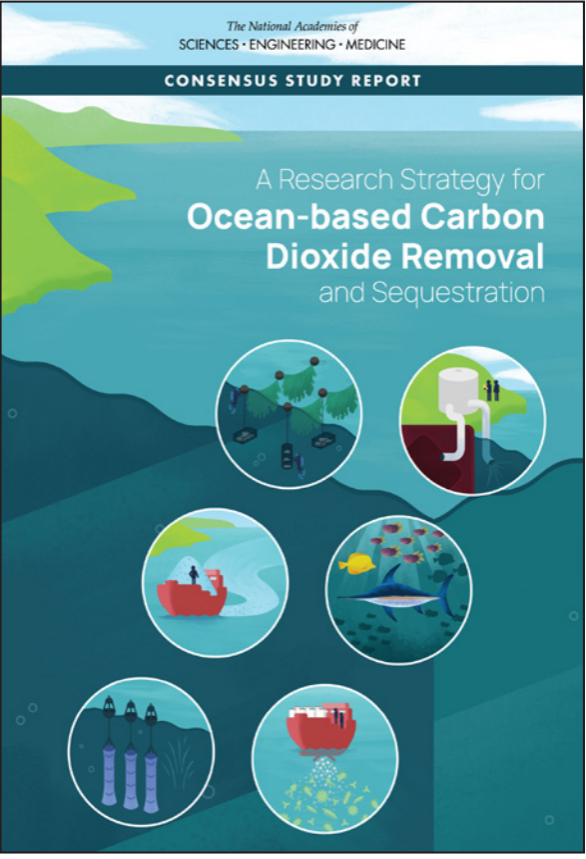 The National Academies of Sciences, Engineering, and Medicine released a report entitled "research strategies for marine carbon dioxide removal and storage" on December 8, 2021. In order to better understand the potential risks of marine carbon sequestration interventions, the United States should carry out a research project to learn more about how to use these methods to mitigate the impact of climate change.

The report mentioned that the current level of carbon dioxide emissions far exceeds the ability of nature to remove it from the environment, and reducing carbon emissions alone may not be enough to mitigate climate change. The report recommends the development of a $1.25 billion research project to better understand the main challenges faced by marine carbon dioxide removal methods, including potential economic and social impacts. The report believes that the research needs to be started now and continued in the next 10 years, which will be conducive to a systematic review of the advantages, disadvantages and interactions between ocean based methods and other negative emission technologies and other ways to mitigate climate change.

The report evaluates six specific methods, including their efficacy, sustainability, scalability, potential environmental risks, social risks and the understanding of each method so far, puts forward the research focus of each method, and estimates the cost budget in the research process in the next 5 to 10 years. The six methods are: nutrient fertilization, artificial upwelling and downwelling, algae culture, ecosystem restoration, increasing seawater alkalinity and electrochemical methods.

China attaches great importance to its response to climate change. As the largest developing country in the world, China has adopted a number of policies, measures and actions to tackle climate change and take part in global climate governance, despite the difficulties this creates for its own economic and social development. These efforts have achieved positive results.

On September 22, 2020, President Xi Jinping announced that China would scale up its NDCs by adopting more vigorous policies and measures, strive to peak CO2 emissions before 2030, and achieve carbon neutrality before 2060, during the general debate of the 75th Session of the United Nations General Assembly. China is taking pragmatic actions towards these goals.

Opinions of the Central Committee of the Communist Party of China and the State Council on Completely, Accurately and Comprehensively Implementing the New Development Concept and Doing a Good Job in Carbon Peak and Carbon Neutralization clearly pointed out, it is necessary to increase the increment of the ecosystem carbon sink and consolidate the carbon sink capacity of the ecosystem.

In October 2021, the State Council Information Office of the People’s Republic of China released Responding to Climate Change: China’s Policies and Actions. Striving for carbon neutrality and synergizing the reduction of pollution and carbon emissions are parts of China’s New Responses to Climate Change.

On October 24, 2021, the State Council issued the Carbon Peak Action Plan before 2030. The plan clarifies the goals and tasks of various regions, fields and industries, accelerate the realization of green changes in production and lifestyle, promotes economic and social development on the basis of efficient use of resources and green and low-carbon development, and ensures that carbon peaking goals by 2030 can be achieved as scheduled.

The Government of Japan has declared that Japan would realize carbon-neutrality by 2050. Negative emission technologies for capturing and storing carbon dioxide will also be a critical element of Japan’s approach.

It has three key milestones. First, Japan’s commitment under the United Nations Climate Change Convention to reduce greenhouse gas (GHG) emissions by 26% from 2013 levels by 2030.The second is to promote the development of innovative technologies by 2050 that make Japan to contribute to the reduction in accumulated atmospheric carbon dioxide globally to “Beyond Zero”.The third calls for Japan to achieve net zero GHG emissions by 2050.

The President of the Russian Federation Vladimir Putin has announced that Russia will reach carbon neutrality by 2060. This promise is based on a comprehensive approach covering not only the problems of controlling and decreasing emission but also improving greenhouse gas absorbing capabilities of the natural ecosystems including forests, tundra, farmland, marshes and ocean.

In October 2021, the Russian Government has adopted a new 2050 Strategy of Social and Economic Development with Low Greenhouse Gas Emission. This strategy outlines measures that by 2050 compared to 1990 will bring the country to an 80% net reduction of greenhouse gas emissions while maximizing absorbing capacity of forests and other ecosystems. It also outlines low greenhouse gas emission development measures until 2050.

Australia has committed to reaching net-zero emissions by 2050. Over the next decade, our existing $20 billion investment in low emissions technology is expected to unlock at least $80 billion of total private and public investment, including in clean hydrogen, carbon capture and storage and energy storage. p riority technologies will deliver 85 per cent of the emissions reductions necessary to achieve net zero by 2050.