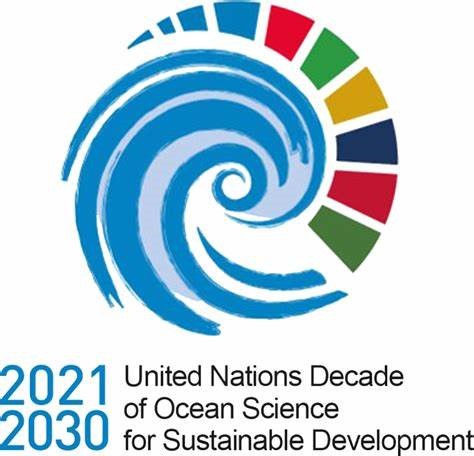 The United Nations has proclaimed a Decade of Ocean Science for Sustainable Development (2021-2030) to support efforts to reverse the cycle of decline in ocean health and gather ocean stakeholders worldwide behind a common framework that will ensure ocean science can fully support countries in creating improved conditions for sustainable development of the Ocean.

The marine realm is the largest component of the Earth’s system that stabilizes climate and support life on Earth and human well-being. 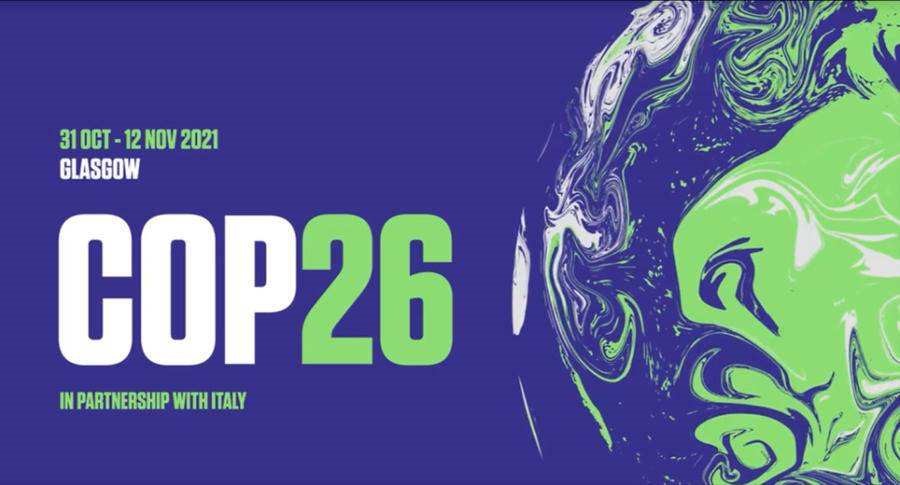 The UN Climate Change Conference in Glasgow (COP26) brought together 120 world leaders and over 40,000 registered participants, including 22,274 party delegates, 14.124 observers and 3.886 media representatives. For two weeks, the world was riveted on all facets of climate change — the science, the solutions, the political will to act, and clear indications of action.

The outcome of COP26 – the Glasgow Climate Pact – is the fruit of intense negotiations among almost 200 countries over the two weeks, strenuous formal and informal work over many months, and constant engagement both in-person and virtually for nearly two years.

Cuts in global greenhouse gas emissions are still far from where they need to be to preserve a livable climate, and support for the most vulnerable countries affected by the impacts of climate change is still falling far short. But COP26 did produce new “building blocks” to advance implementation of the Paris Agreement through actions that can get the world on a more sustainable, low-carbon pathway forward.

The U.S. committed to a 2050 target, with a 50%-52% reduction emissions by 2030, after rejoining the Paris Agreement in 2021. The United Kingdom revised the ‘Climate Change Act’ to clarify the goal of achieving carbon neutrality by 2050, and actively held COP26 to promote the global carbon neutrality vision.

The EU aims to be climate-neutral by 2050 – an economy with net-zero greenhouse gas emissions, which is at the core of the European Green Deal and in line with the EU’s commitment to global climate action under the Paris Agreement Search. 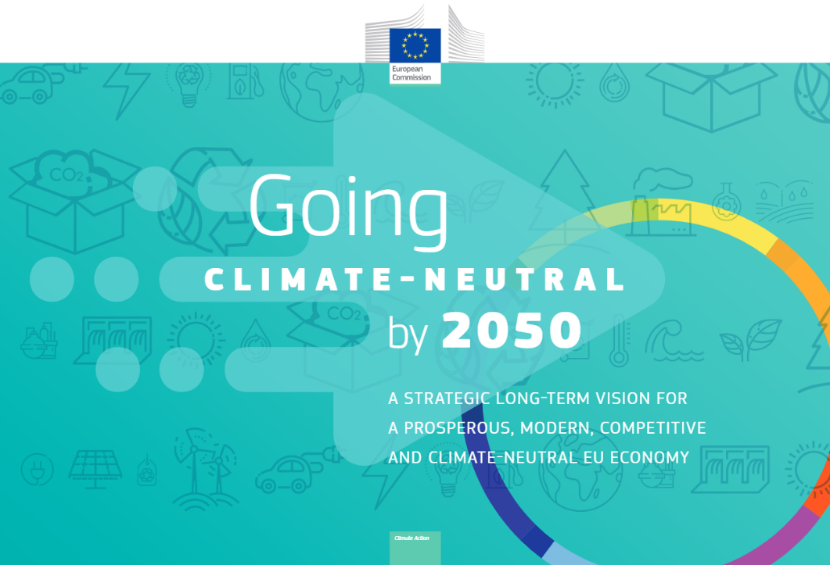 And Going climate-neutral by 2050 A strategic long-term vision for a prosperous, modern, competitive and climate-neutral EU economy point out, there is a role for afforestation and restoration of degraded forest lands and similar ecosystems to futher increase carbon dioxide absorption of our natural sink, creating negative emissions and benefitting biodiversity, soils and water resources. 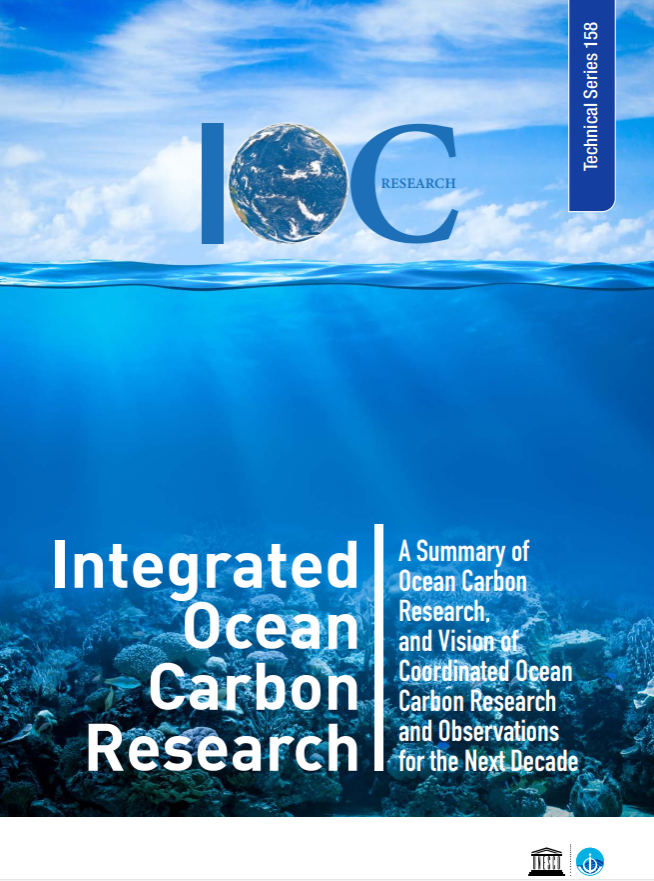 The UN Educational, Scientific and Cultural Organization (UNESCO)’s Intergovernmental Oceanographic Commission (IOC) has just published the “Integrated Ocean Carbon Research: A Summary of Ocean Carbon Knowledge and a Vision for Coordinated Ocean Carbon Research and Observations for the Next Decade”, a report which sets out to accomplish the vital task of indicating the current gaps and future directions for the integrated ocean carbon cycle research. The report presents a synthesis of the state of knowledge about the oceans’ role in the carbon cycle and points to the way ahead. Its objective is to provide decision-makers with the knowledge needed to develop climate change mitigation and adaptation policies for the coming decade. It also emphasizes the importance of scientific knowledge to the taking of informed decisions within the United Nations Framework Convention on Climate Change (UNFCCC) in order to achieve the goals of the Paris Agreement and build more resilient societies. 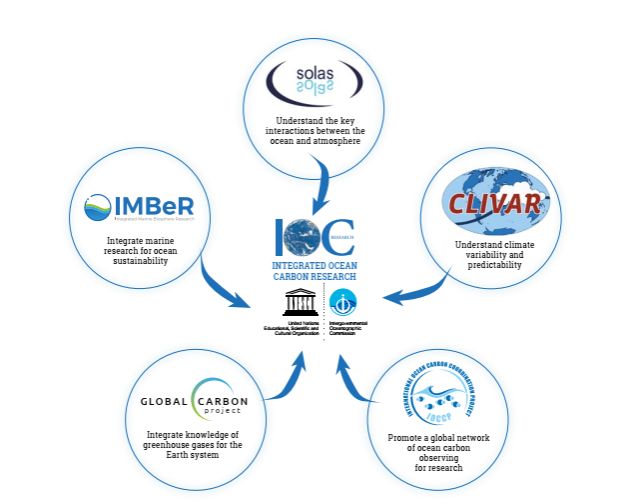 In developing the report, the IOC brought together experts from the five international research and coordination programmes on ocean-climate interaction (the International Ocean Carbon Coordination Project (IOCCP), the Integrated Marine Biosphere Research Project (IMBeR), the Surface Ocean – Lower Atmosphere Study (SOLAS), the Climate and Ocean Variability, Predictability and Change (CLIVAR) project and the Global Carbon Project), which have been working together since 2018 in the IOC Working Group on Integrated Ocean Carbon Research (IOC-R). Together they propose an innovative joint program of medium- and long-term integrated ocean carbon research to fill the gaps in this field. The report was developed as part of the ongoing UN Decade of Ocean Sciences for Sustainable Development (2021-2030).